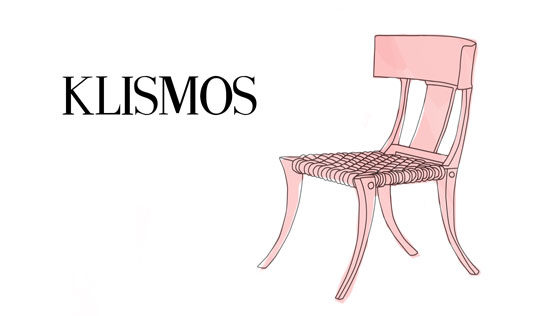 I have been reading a lot about ancient furniture lately, and it’s fascinating to trace iconic furniture designs to their roots in antiquity. Take for example the klismos chair, an Ancient Greek design circa the mid-fifth century BC. The klismos has a concave upper backrest and tapered legs that curve outwards. The seat was usually woven leather or some other cording, upon which sat a cushion or animal pelt. Our knowledge about klismoi has mostly been gleaned from depictions in carvings and other artwork.

The klismos fell out of style during the Hellenistic period, in part due to a design flaw: without the support of stretchers, the outward curving legs eventually splay too far and break. 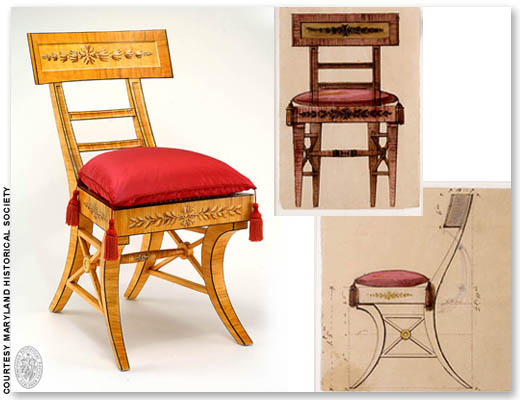 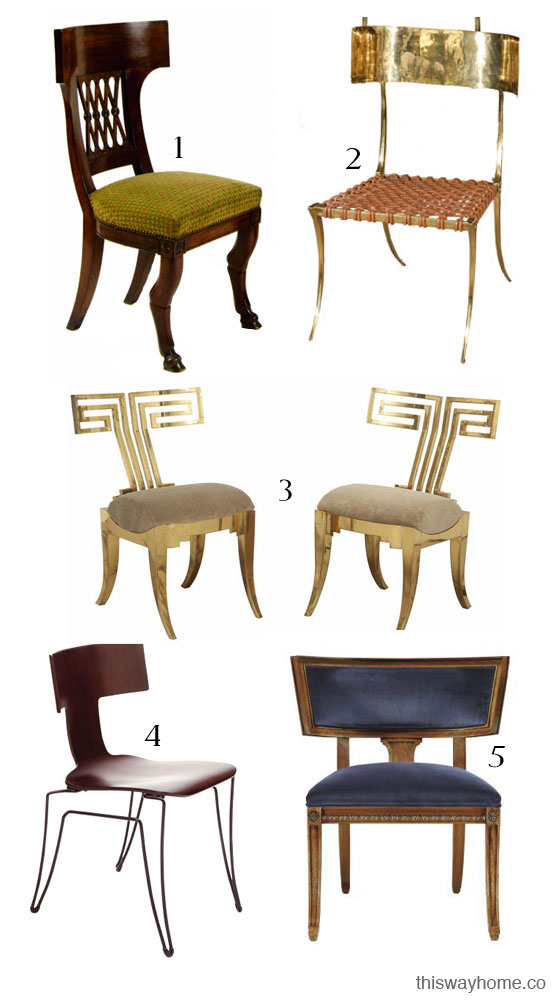